There are three further pubs that must be mentioned, The Railway on Station Road, The Swan on Warehouse Hill and The Shakespeare in Peel Street. 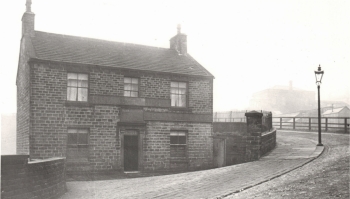 The Railway Inn built on 'part of what was known as Lower Ing' opened in 1865 and, like the Shakespeare, continues to flourish. In 1905 William Dodson Holroyd, executor of William Holroyd, sold The Railway to Joshua Tetley and Son for £2,700. 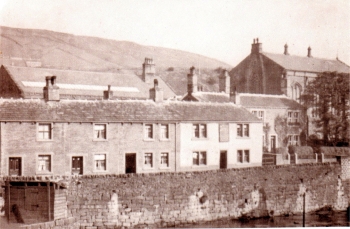 The Swan was built around 1838. It was another of the local brewer, John France's, pubs. The present frontage replaced the original one in 1926 when Bentley and Shaw acquired the property. At the time the inn was built the road on which it stands was called Pinfold Lane. The Swan still remains open to business.

The Shakespeare started life in an old building below the present pub. The property was a shop occupied by the Marsden Equitable Industrial Society. Owen Bulmer acquired the property in 1868 and was granted a licence to sell alcohol. His son, Joe took over from him in 1891 when he moved to the Old New Inn. In 1900 the Shakespeare was sold to Joshua Tetley and Son who built the present pub and demolished the old property.