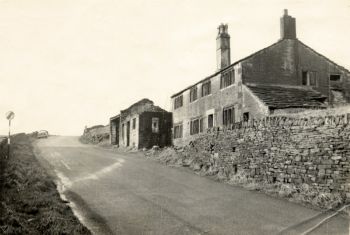 The last inn on Mount Road was The Moorcock built around 1800.

It is alleged to have been a meeting place for the Luddites in 1812. It was owned and run for many years by John Bottomley who combined innkeeping with his occupation of plasterer. The Moorcock was delicensed in 1919 and became a tearoom providing ham and egg teas as their speciality.

The building was purchased by John Edward Crowther and became part of the property held by the Hemplow Trustees. It was demolished in the early 1950s.